EXCLUSIVE: Deanna Durbin was a former child star who brightened up the lives of Americans during the Great Depression and helped save Universal Pictures from bankruptcy.

And then she vanished from the public eye.

The life and career of the seemingly forgotten movie star are explored in a recently published biography titled “Deanna Durbin A Hollywood Fairy Tale – The Legend of Edna Mae” by William Harper.

The actress, who was born Edna Mae Durbin, married her third husband, 44-year-old French director Charles Davis, at age 28, and retired to a French farmhouse. Since 1949, Durbin successfully stayed out of the spotlight and rarely gave interviews before she passed away in 2013 at age 91. 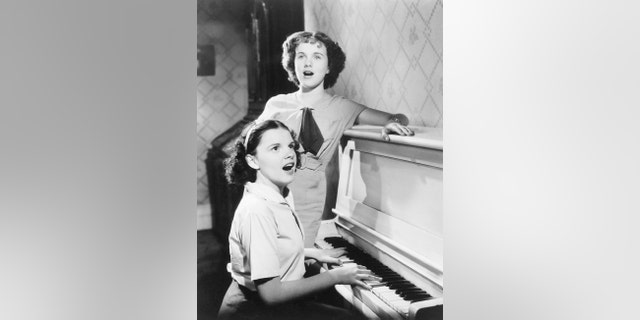 “She was very young when she left Hollywood,” Harper explained regarding why Durbin’s name isn’t as prominent as some of her peers today. “In 1949, she was released from her contract. She could have probably gone to MGM or another studio because she was still at the height of her acting abilities and her voice at her best. She had also completed 22 films by then. But at this point, she just had enough. She fled to Europe and completely turned her back to Hollywood.”

Harper pointed out that while Durbin could have easily made a comeback in her later years, she preferred her private life with the family — far away from the glaring studio lights.

“You would think that maybe in the ‘60s or ‘70s, she could have received a lifetime achievement award or something for her work,” he said. “People remembered her, but they just didn’t talk about her anymore.”

Durbin was discovered by a casting director searching in Los Angeles singing schools for someone to play opera star Ernestine Schumann-Heink as a child. At 13, Durbin was signed by the studio. Throughout her career, the star famously played everyone’s kid sister, the wholesome girl next door, or the can-do all-American girl who could seemingly give hope to anyone down on their luck. 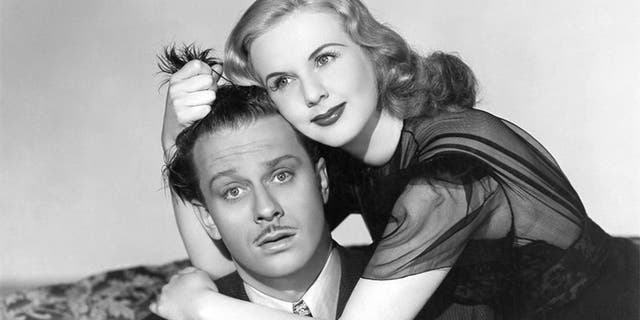 Actress Deanna Durbin and David Bruce in a scene from the movie ‘Lady on a Train.’
(Photo by Donaldson Collection/Getty Images)

And Durbin’s popularity wasn’t just on the silver screen. In 1936, her singing landed her a spot in Eddie Cantor’s weekly radio program.

By 1938, Hollywood launched a nationwide search to find the right young man who would give Durbin her first screen kiss in the movie “First Love,” the New York Times reported. Robert Stack was the actor chosen for the role. That same year, Durbin was given a special miniature Academy Award for her “significant contribution in bringing to the screen the spirit and personification of youth.”

“She had a special kind of youthfulness paired with an incredible voice,” Harper said regarding Durbin’s talent. “Even as a young child, she could hold her own on the screen. Her films resonated with audiences of all ages. And her movies were feel-good, hopeful films during a dark time in our country. They all somehow had a happy ending. And it made us believe that somehow, we could achieve the same.”

And there was no denying her films improved the financial difficulties her studio faced at the time, he added. 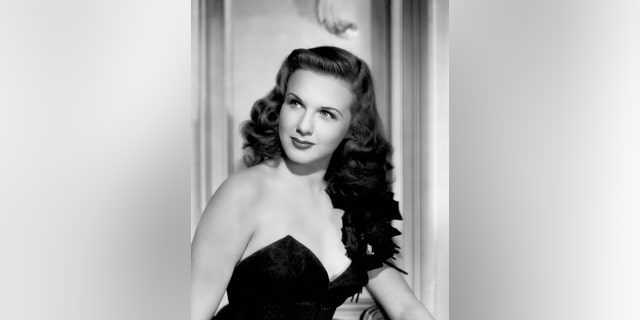 Canadian actress and singer Deanna Durbin (1921-2013) wearing a black sleeveless dress in a publicity shot once used for the cover of the magazine Yank, The Army Weekly, 1944, United States.
(Photo by Universal Pictures/De Carvalho Collection/Getty Images)

But like with many child stars, Durbin eventually yearned for more. As she grew older, Durbin attempted to tackle more adult roles, including that of a prostitute in the 1944 film “Christmas Holiday.” Critics slammed her attempts to transition into more mature roles, causing Durbin to become frustrated with the roles she was given.

“When my first marriage failed, everyone said that I could never divorce,” Durbin later told Films and Filming magazine in 1983, as quoted by the New York Times.

“How could anybody really think that I was going to spend the rest of my life with a man I found I didn’t love, just for the sake of an ‘image?’” she added.

Durbin married assistant director Vaughn Paul in 1941 at age 19. The union lasted for two years. Then in 1945, she tied the knot with 43-year-old producer Felix Jackson. The couple welcomed a daughter before the couple called it quits in 1949. 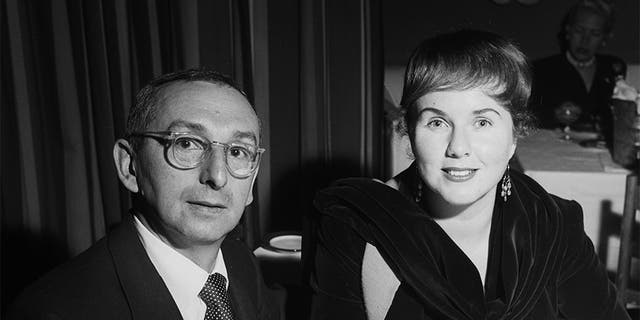 “She just became displeased with Hollywood,” said Harper. “She wanted more involvement in her career. She wanted to take on different materials and pick her own directors. She didn’t make great demands. She just wanted more say in her own films, but she couldn’t. She didn’t really care to do interviews that all the promotional things that came with doing films. She simply wanted to create quality work and grow within her job. I suspect that had a lot to do with her decision to just quit.”

According to the New York Times, Durbin moved to France in 1949 and settled in the village of Neauple-le-Chateau, outside of Paris. A year later, she married once more. That union lasted until David’s death in 1991 at 92.

“Durbin’s last two movies did not do well,” said Harper. “And her contract eventually ran out. And it seemed like the scripts she was starting to receive were pretty poor. She tried her hand at drama, but I believe critics expected her to just make cheerful, happy films with the same character.”

“I do believe she could have gone to MGM or any other studio,” said Harper. “I couldn’t discover why she didn’t try. But one can speculate that she was eager to start a new chapter in her life. She seemed totally content with raising her two children on a little farm outside of Paris.” 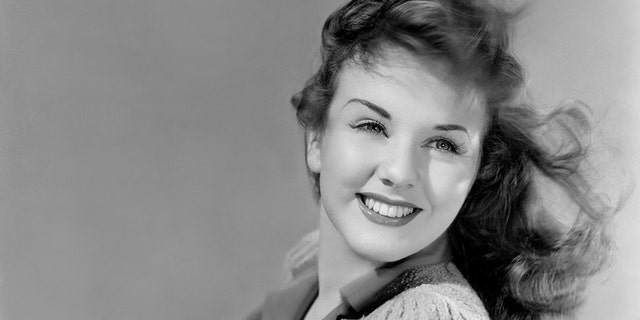 Deanna Durbin (1921-2013) with the wind in the hair and leaning on a tree’s branch in a publicity shot from 1941, United States.
(Photo by Universal Pictures/De Carvalho Collection/Getty Images)

According to Harper’s research, Durbin primarily kept at home where she happily raised her children and lived a private life.

According to the New York Times, Durbin did shed some insight on her departure from Hollywood in a 1958 letter.

“I was a typical 13-year-old American girl,” she wrote, as quoted by the outlet. “The character I was forced into had little or nothing in common with myself – or with other youth of my generation, for that matter. I could never believe that my contemporaries were my fans.”

“They may have been impressed with my ‘success,’ but my fans were the parents, many of whom could not cope with their own youngsters,” she continued. “They sort of adopted me as their ‘perfect daughter.” 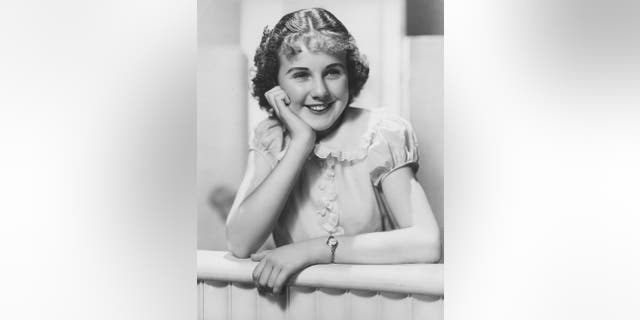 Deanna Durbin, Canadian-born singer and actress, pictured smiling with her chin resting on her right hand, circa 1935. Durbin appeared in a number of musical films in the 1930s and 1940s singing standards as well as operatic arias.
(Photo by FPG/Getty Images)

“I was never happy making pictures,” added Durbin. “I’ve gained weight. I do my own shopping, bring up my two children and sing an hour every day.”

Harper hopes his book will celebrate Durbin’s films in Hollywood, as well as introduce her to movie buffs discovering her work for the first time.

“I really hope people will discover Deanna again and watch her movies,” he said. “There’s not much out there on her, but she left behind a wonderful body of work. Her life was totally different from the one she led in Hollywood, which makes her all the more fascinating.”

2020-08-27
Previous Post: Jacob Blake’s Children Desperately Need Therapy After Dad Shot in Front of Them
Next Post: High In Another Country