SI Swimsuit model Myla Dalbesio recalls being body-shamed over her size: ‘It’s been a long journey’

EXCLUSIVE: Myla Dalbesio had no idea she could heat things up in the Cowboy State.

For Sports Illustrated Swimsuit’s 2020 issue, the model, known for posing in some of the world’s most breathtaking destinations, headed to Wyoming with photographer Ruven Afanador. They captured the state’s majestic beauty, with Dalbesio proclaiming the shoot one of her favorites.

Dalbesio, a Wisconsin native, made her SI Swimsuit debut in 2017. Last year, she headed to Kangaroo Island with Josie Clough where she penned an essay reflecting on her 13-year career and the lack of women behind the camera. 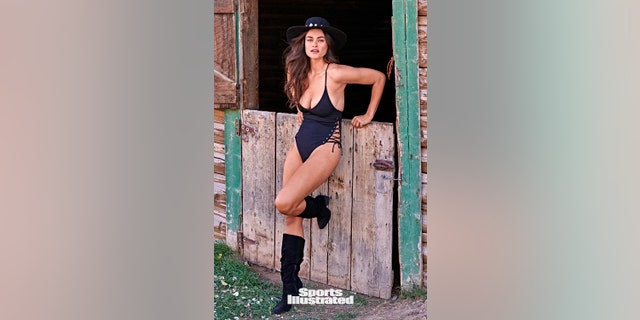 Dalbesio spoke to Fox News about appearing in SI again, what surprised her most about Wyoming, being body-shamed early on as a model, as well as being a proud feminist.

Fox News: How does it feel to appear in SI Swimsuit again?
Myla Dalbesio: It’s so amazing. Every year it’s a surprise when they ask me again. You never know if you’ll be asked back. So it’s always magical and really exciting. It just feels so special to me because the team really feels like a family. I love everyone that works there so much. We have become real friends throughout this process.

And embarking on another shoot with the same team is very different. … During your first shoot, you’re just getting to know everybody. You’re still nervous and unsure of yourself a little bit. Now it feels like you’re on a trip with your best friends and you can really be yourself.

Fox News: For the 2020 issue, your shoot took place in Wyoming. What was that like?
Dalbesio: I definitely was surprised when they told me that I would be shooting in Wyoming. In the past, I’ve always been on these really beautiful beaches. Last year, I flew all the way to this remote island in Australia. I was kind of expecting something like that again. And then they said Wyoming. I was really shocked.

But actually in the end when I got there, I realized, I think, I was maybe the luckiest. It seemed like it was so super-special to be in this unique setting that wasn’t just another beautiful beach. It felt really different. I think you can really see that in the images that speak about Wyoming itself. I didn’t know what to expect. I’d never been to that region and wow, it is so beautiful. I mean, it was very cold when we were there, like the mid-30s, 40s, low 50s. But it was absolutely stunning. There were wide-open spaces, sky for miles and miles, amazing horses, mountains and lakes.

Fox News: What was your reaction when you saw those photos for the first time?
Dalbesio: They really felt like art to me. … I think they are some of my favorite photos that I’ve ever done, to be honest. They just feel really magical to me.

Fox News: What does being an SI Swimsuit model mean to you?
Dalbesio: I find it so important to represent this brand that has built itself over time as this really safe haven for women. I think it feels like everyone involved is incredibly committed to representing women of all types and showing us how powerful we can be. And so continuing to work with and spread this message, it never gets old.

Fox News: You consider yourself a proud feminist. There are going to be critics out there who won’t believe you can pose for a magazine like SI and still call yourself a feminist. What would you tell them?
Dalbesio: Well, I have heard from those critics many times. I always say one of the core tenants of feminism is body autonomy and being able to choose to do whatever you want with your body. … It’s my body. So how could that be anti-feminist? … You don’t have to dampen the power of your expression in order to fit into any kind of mold.

Fox News: Could you describe a moment when you realized that you were a role model for another girl?
Dalbesio: I got a lot of this in the first year I did SI. It was this response of, ‘I’ve never seen someone that really looks like me in the media.’ And that is someone who feels like an average body type. You know, I’m a size eight, so I’m not skinny, skinny, skinny, and I’m not plus size. I’m like right in the middle. And I think for so many years, that category was really overlooked. It’s only in the past few years that it started to really show up in fashion and advertising.

So to get those messages my first year — ‘I’m so happy to see someone finally representing me’ — it made me feel so hopeful. It made me feel like my body is fine and normal. And it’s so fulfilling to feel that way because I didn’t have that growing up. I grew up thinking that at a size eight I was too fat, which is crazy to think about now. But early on, it was a very different story.

Fox News: Were you ever body-shamed in your career?
Dalbesio: Oh my God, constantly. Even now I posted photos from my Sports Illustrated shoot and got a number of comments like, ‘You look better with all this weight on’ or ‘Did you lose weight? Please don’t lose any more weight.’

Everyone has something to say. I’m too big. I’m too skinny. It’s still going on. But it’s been like that my entire career. I was scouted when I was 16. And at that time, I was told I was too big by all the agencies that I met. They all said, ‘Lose 10 or 15 pounds and come back to us.’ I was probably a large size six, small size eight. And everyone said I was too big. 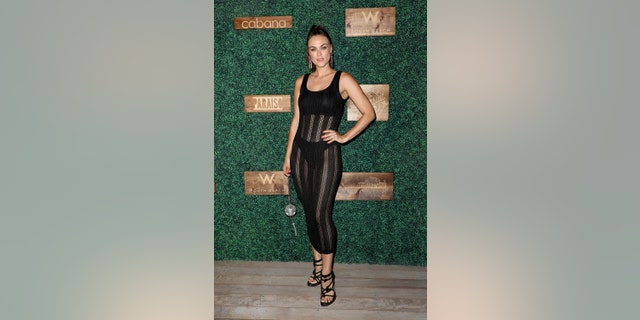 I tried to lose weight. It never really worked for me. It really destroyed my mental health because I just can’t really be smaller than this size. This is my natural size. No matter what I do, this is just how I am and how I’m going to be. So having that kind of outside pressure at such a young age was really toxic. I moved to New York when I was 18.

The people that scouted me started sending me to plus-size agencies. And that was how I first got signed as a plus model at a size eight, which is crazy to think about. And then the whole conversation was that I should be gaining weight. To have that kind of flip-flop was so confusing and just very hard to wrap your head around at such a young age.

To spend so many years of people [telling] you, ‘Lose weight’ and then ‘You’re too skinny’ — it’s been a long journey. I just hope that people can see my body type and feel like they can see themselves, and that they are also beautiful. You don’t have to try to fit into some kind of role that is never going to work for you. I think it’s important people know that my issues with my body and the way that I think about my body — it never just goes away. 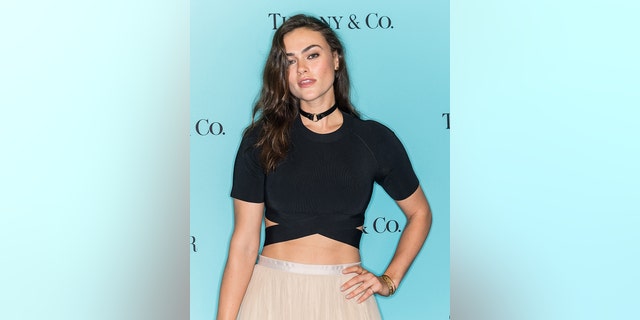 Fox News: What’s one message you hope girls get when they see your photos?
Dalbesio: Some people think that once you become a model, and you start achieving these amazing shoots and major bookings … everything is amazing. Your life is perfect. And it’s really not like that. I am a human being just like anyone else.

I still struggle with body image. And my weight has fluctuated. I was thinking about that a lot when I was reading these comments, ‘Did you lose weight? You should gain weight.’  I was thinking about the four years I have shot with Sports Illustrated and how my body has changed. It’s a journey that is always moving forward. Sometimes you step back a little bit, sometimes you jump forward. But your relationship with your body is for life. It’s going to go through its ups and downs. No one is immune to that. 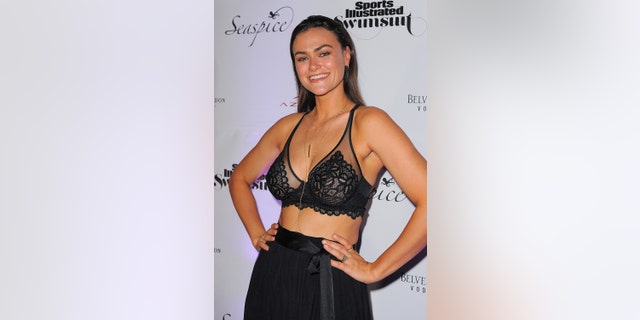 Fox News: SI’s 2020 issue is being described as its most diverse. How important has it been for SI to represent diversity?
Dalbesio: Oh my God, it’s so important… I think there’s so much divisiveness going on, especially in America at this time. It’s really important for people to see themselves as valued when we are receiving so much hate from all sides at this time. To be associated with a brand that will stand up for diversity in such a strong way is super-important. I think the fashion industry has come a very long way and advertising has come a very long way in terms of representing a diverse image in front of the camera. 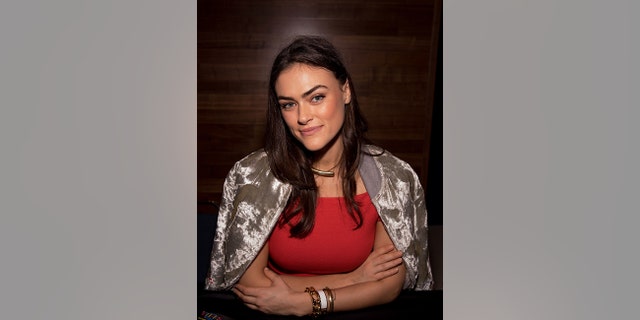 One of the biggest challenges that we face now is transitioning that diversity to what happens behind the camera. I think it’s really important that we see more people of color working high-level jobs, working behind the camera, just being in the room.

Oftentimes, I see on a shoot people of color being shot and then the whole room is totally white. It feels really false. I think we need to concentrate more on pushing that forward. So it’s great to see this diversity on the pages of Sports Illustrated. I hope that people can make a positive response to that and use it as inspiration for pushing that message out into their circle.