Georgia Senator David Perdue has pulled an ad that made his Jewish, Democratic opponent’s nose look bigger — claiming it was a flub and not an anti-Semitic trope.
The Facebook ad featured photos of both Jon Ossoff, who’s running in Georgia to take Perdue’s seat — as well as Senate Minority Leader Chuck Schumer (who’s also Jewish) — with the slogan, “Democrats Are Trying to Buy Georgia!”
In other words, a Jew with an artificially big nose is trying to buy an election. But, Perdue says no anti-Semitism here. 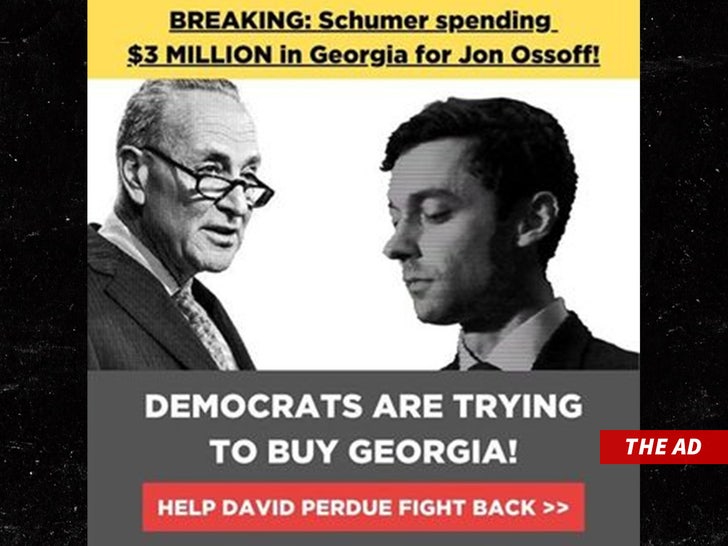 Ossoff responded, saying … “Sitting U.S. Senator David Perdue’s digital attack ad distorted my face to enlarge and extend my nose. I’m Jewish. This is the oldest, most obvious, least original anti-Semitic trope in history. Senator, literally no one believes your excuses.”
For his part, Sen. Perdue said the ad was made through a third party, and that any distortion to Ossoff’s appearance was an accident. They removed the ad this week.
His campaign added, “Anybody who implies that this was anything other than an inadvertent error is intentionally misrepresenting Senator Perdue’s strong and consistent record of standing firmly against anti-Semitism and all forms of hate.”