Pat Boone reflects on losing his wife of 65 years Shirley Boone: ‘Gosh, I miss her’

Pat Boone is still feeling the loss of his beloved wife Shirley Boone.

The performer and daughter of country music singer Clyde Julian “Red” Foley passed away in 2019 at age 84.

The ‘50s star still resides in the same Beverly Hills, Calif., home the couple purchased together in 1960.

“I’m living here alone with a housekeeper and my dog, a little cocker spaniel,” the 86-year-old told Closer Weekly in the magazine’s latest issue currently at newsstands.

The romance between the Boones began when they were just teenagers. They married in 1953 and went on to have four children together. As time went on, their extended brood grew to include several grandchildren and great-grandchildren. 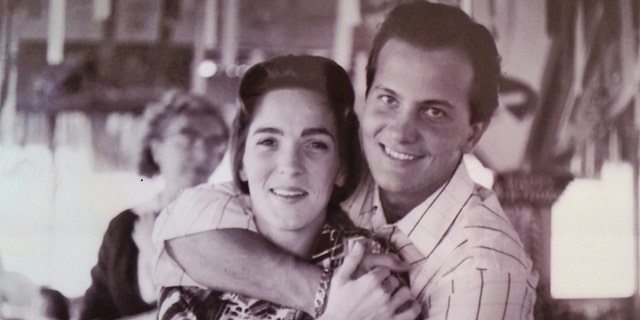 The Boones are seen in their early years together.
(Photo courtesy of Milt Suchin, personal manager for Pat Boone.)

The star revealed faith was one of the secrets behind their lasting union.

“We made our commitment in marriage to God and to each other,” Boone told the outlet. “We make our own decisions, but we are helped supernaturally. I’m willing to be led in doing the right things.”

Boone said that before Shirley passed away, he wrote wong called “You and I.”

“It expresses the thought that eventually we will be together in heaven,” he said.

“My greatest accomplishment is our marriage of 65 years in Hollywood, being an entertainer and my four kids,” Boone noted. “We’re living a good life.”

Shirley died at home in Beverly Hills with daughters Cherry, Lindy, Debby and Laury singing to her as she passed, Milt Suchin, Pat Boone’s personal manager, told Fox News at the time. 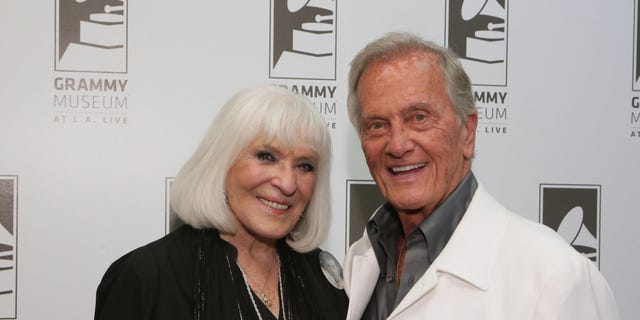 Shirley Boone and singer Pat Boone attend An Evening With Pat Boone at The GRAMMY Museum on June 2, 2015, in Los Angeles, Calif.
(Getty)

“Shirley was more accomplished than is generally known,” he told Fox News in an email. “Best selling author, recording artist, TV hostess, humanitarian and the origin of Mercy Corps, a top ten hunger-relief organization worldwide, a half-billion-dollar annual budget, which started in the Boone home. Millions know her for her Christian ministry.”

Back in 2018, Boone told Fox News that he was so devoted to Shirley that he was incredibly mindful on set when a film involved a love scene with an actress.

“My first film ‘Bernadine,’ there were no love scenes in that film,” Boone told Fox News at the time. “Now I go right in for ‘April Love’ and there are no love scenes in that script either… Our characters fall in love, but there was no kissing in the script. So I never talked to my wife about what happens if I’m asked to do some kissing in these movies I’m starting to make.”

“April Love,” a musical remake of 1944’s “Home in Indiana,” tells the story of Nick Conover (Boone), who visits his relatives’ farm in Kentucky and falls in love with their neighbor Liz Templeton (Shirley Jones). 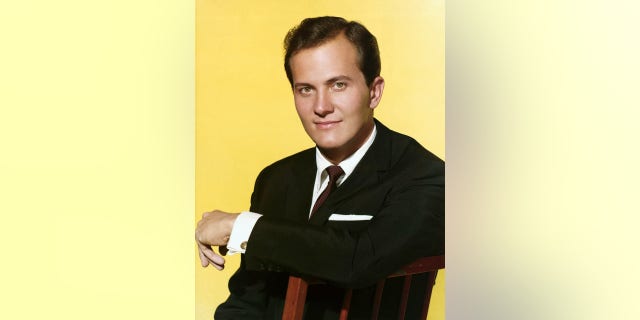 It was the second film of the year for the family man from Nashville. He was a father of three daughters with his wife and the couple had a fourth baby on the way.

At the time, Boone was just grateful to embark on what would become a lasting career in show business. He had signed a seven-year deal with 20th Century Fox and had a dressing room near Elvis Presley and a then little-known actor named Cary Grant.

However, he wasn’t prepared for director Henry Levin’s sudden new idea for his role.

“We get to this scene at the end of a musical number in a Ferris wheel at the county fair,” Boone recalled. “We’re reaching the end of this song in which the characters are beginning to express their affections for each other… And then the director said, ‘As the song ends, lean in tenderly and softly kiss Shirley Jones.’

“I said, ‘On the mouth?!’ He said, ‘Yes!’ I said, ‘But Henry, that wasn’t in the script.’ He then said, ‘No, but the audience wants to see you kiss the leading lady and this is a good spot for it.’ I said, ‘Well Henry, this sounds crazy, I know, but I’ve never talked to my wife Shirley about this because kissing in the movies hasn’t come up yet.’”

Levin laughed at Boone’s statement, but the actor was serious. He promptly went home to discuss the love scene with his wife. 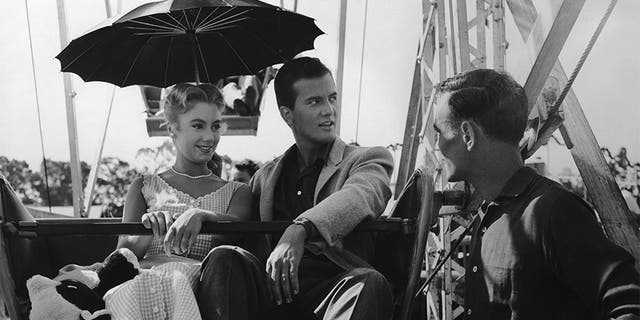 Pat Boone and Shirley Jones on the set of the musical comedy ‘April Love.’
(Photo by Archive Photos/Getty Images)

While Boone was ready to smooch Jones on camera, the decision came too late. The news leaked to the press overnight.

“The Associated Press, Hollywood Reporter, Variety — they all ran with the headline, ‘Pat Boone refuses to kiss leading lady,’ and they assumed for religious reasons,” said Boone, who identifies as a proud Christian. “And it wasn’t! I just wanted to stay married. And my wife gave me permission. I know it sounds naive now, but she said, ‘I can live with it if you kiss Shirley Jones, but just don’t try to enjoy it.’”

The film studio quickly became flooded with letters and telegrams from across the country. Some fans praised Boone’s seemingly bold move to maintain his conservative values, while others were stunned he would give up the chance to kiss Jones on the lips.

“I’ve had to answer questions about this for the last 60 years,” admitted Boone. “The letters were from people saying, ‘Stick to your guns, boy!’ Others said, ‘Finally, somebody in the movies with morals.’ And there were others that said, ‘You don’t want to kiss Shirley Jones? Let me kiss her for ya!’” 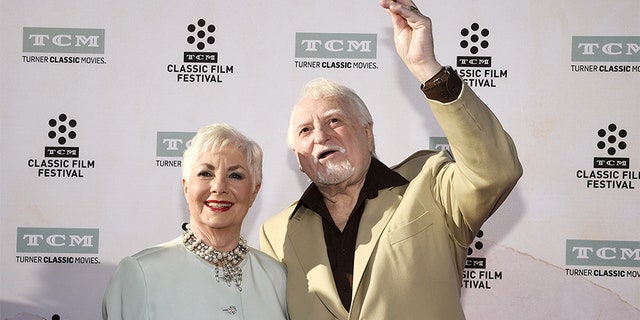 Shirley Jones pictured with husband Marty Ingels. The comedian passed away in 2015 at age 79.
(Reuters)

Even Jones was reportedly stunned by Boone’s initial hesitation. Turner Classic Movies revealed that in 1996 she told People Magazine that Boone “was very religious, and his wife had decided that he wasn’t allowed to kiss another actress.”

“We had this scene on a big Ferris wheel — we’re supposed to have a big kiss — and he wouldn’t do it,” she added. “I said, ‘But you’re an actor.’ He still wouldn’t. The terrible thing was that in his very next film, he kissed the girl.”

The network shared Levin solved the problem by having the kiss be interrupted at the last moment by a taunting bystander. The studio wouldn’t reveal this detail to the press and instead announced the world would have to see the movie and find out how the kiss was resolved.

The publicity gimmick worked. “April Love” earned over $4 million at the box office. The title song, sung by Boone, became a million-selling hit weeks before the film even opened. It was also nominated for an Academy Award.

“I would go on to do scenes with Debbie Reynolds, Ann-Margret and Diane Baker,” said Boone. “I tried my best not to enjoy it, but I must say, it was more enjoyable than some of the other things I had to do.”