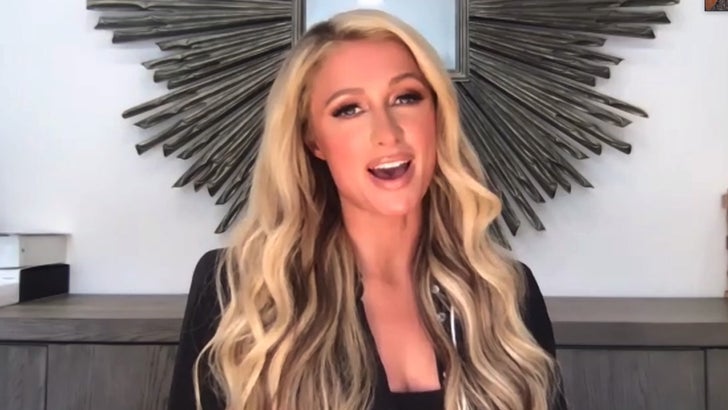 Paris Hilton still loves her Boss Babe title but it seems as though she’s eyeing a new role that may trump it all — Boss Babe with a Baby … as in MOM!!!

The OG influencer talked to our fearless photog, Charlie, and revealed these days she’s prioritizing family and relationships ahead of her business. When Paris is straight-up asked if she’d rather talk baby over billions … Paris flashed her billion dollar smile and said yes.

Now, this isn’t to say Paris is ready to get pregnant right now, but she certainly makes it seem like the conversation may be steering that way. In any event … Paris makes it crystal clear she’s focused on what really matters and is focused on the next phase of her life.

These are just some of the many topics she’ll cover in her upcoming YouTube Originals documentary, “This is Paris” … slated to be released Monday. The hotel heiress and entrepreneur also talked about how happy she is in her current relationship with businessman and family friend, Carter Reum.

Check out the video … Paris — who just released her 27th (!!!) fragrance — also talked about regret when asked about her infamous sex tape. You’ll recall her ex-BF, Rick Salomon, filmed a sex tape with her in 2001 and released it 3 years later and just before Paris’ TV series, “The Simple Life,” aired.

Paris says the video still brings an incredibly sour taste when she thinks about it … adding she wishes she had never met Salomon, whom she ultimately sued for releasing the tape.

In any event … sure seems Paris has put all of that behind her and has grown for the better. It helps that she looks like a billion bucks.