Tyra Banks isn’t naïve to the position she’s found herself in as the new host of “Dancing with the Stars.”

The “America’s Next Top Model” judge is beginning a new chapter in her Hollywood career and spoke candidly about replacing the show’s original host, Tom Bergeron, and longtime co-host Erin Andrews for season 29 of the competition dance series.

“I think the challenge is stepping into shoes,” Banks told Us Weekly. “I mean, you know, Tom Bergeron and Erin, they lead the show, this is one of the top-rated shows in the world. So [I’m] respecting the stage that they have set and then adding my icing to that. I feel confident about that, but of course, it’s a challenge, but I don’t back away from challenges.” 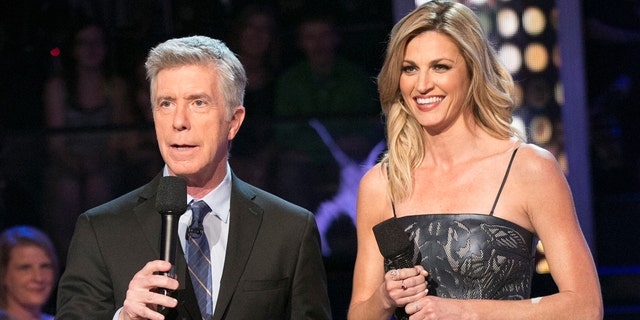 Banks has been standing face to face with those challenges her entire career starting with her days as a teen model and her subsequent foray into becoming a supermodel while shepherding in her own style of showcasing herself qwdown a catwalk as a Victoria’s Secret Angel.

In 1997, Banks was named “Supermodel of the Year” by VH1 and in the same year became the first Black women to grace the cover of the coveted Victoria’s Secret catalog.

“I love when something wrong happens because the world can see the imperfection,” the multiple-time author and “ModelLand” attraction and businesswoman said. “I always say ‘Show the mishaps and the malfunctions and the mistakes.’”

News of the hosting shakeup permeated through showbiz in July when Bergeron, 65, announced he would not be returning to the stage. Andrews, 42, had stood alongside the former “America’s Funniest Home Videos” frontman since 2014 when she joined after being a contestant on the beloved program.

Tom Bergeron mocked this new promotional image of Tyra Banks for the upcoming season of ‘Dancing with the Stars.’
(ABC)

The 46-year-old supermodel from Inglewood, Calif, said that accepting change is difficult, but it is also inherent to life.s

“I tend to prefer a challenge,” she said. “Oftentimes a wind has been at my face. I’m just kind of used to that, and so it’s my job to show everybody that I can do this so that I can entertain you. And that I could give you the show that you love with some ice cream sprinkles on top that you didn’t even know that you wanted.”

Bergeron, a funnyman at heart, has taken his exit as an opportunity to troll Banks, which the nearly $100 million woman said she has no qualms with and understands Bergeron is simply poking fun. “DWTS” was his baby for many years since 2004.

“I haven’t heard from them specifically,” Banks said. “However, I do have to tell you, Tom Bergeron, that I feel like you speak to me through Twitter, and I’ve enjoyed that so much and he made a really beautiful, highly intelligent, ‘cause [the] man’s genius, highly intelligent.”