Naomi Osaka just won her second U.S. Open title in 2 years — and as part of her victory speech, she made sure to continue bringing awareness to social justice to the very end.

The tennis superstar defeated Victoria Azarenka Saturday over the course of three sets — 1-6, 6-3, 6-3 — and walked away a champion once more … securing her second U.S. Open women’s championship title in 2 years, and her third Grand Slam win in three.

She was clearly overwhelmed by the victory, ’cause she ended up lying down on the court afterward … and stared straight up to the sky as the crowd cheered her on. Afterward, she was all smiles holding her trophy — kinda the opposite reaction from when she defeated Serena Williams in 2018. 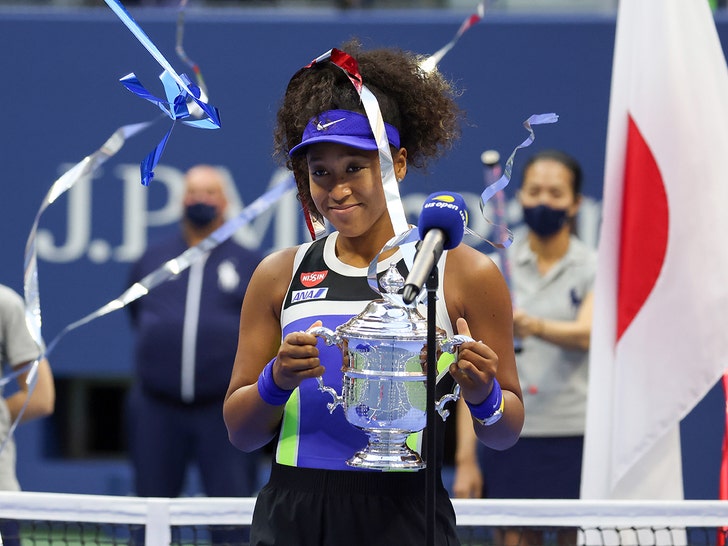 Anyway, this year has been incredibly noteworthy for Naomi … not to mention her boyfriend, Cordae, who’s been her rock through the entire tournament. Both of them have been very outspoken on racial justice, often wearing clothing with messages supporting BLM.
Sunday proved no different … Cordae was in the stands and had a shirt on that read “Defund the Police.” Prior to her finals match this weekend, Naomi herself was wearing a mask featuring the name of 12-year-old Tamir Rice … who was gunned down by a cop for playing with a toy gun in Cleveland back in 2014. 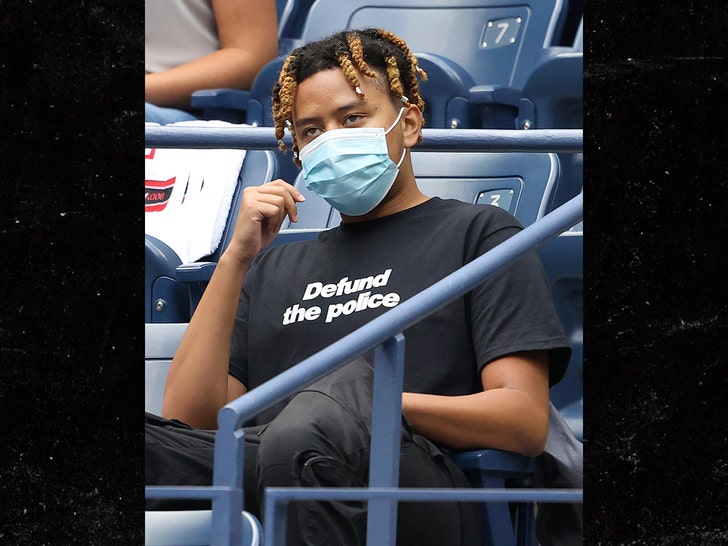 Naomi also made sure to make her message clear about the 7 masks she rocked during the U.S. Open — which blared the names of victims of police brutality. She said she just wants to get more people talking about the issue … and yes, she certainly achieved that.

.@naomiosaka made her voice heard on her way to her second #USOpen title ✊🏿 pic.twitter.com/68KGRr4UVS

Several family members of those people she was amplifying recently thanked her for not forgetting their loved ones … and shared their gratitude remotely as she went along in the tourney.
Mission accomplished. Congrats!

2020-09-12
Previous Post: Funniest Cooking and Food Fails by FailArmy || Worst Chefs Ever
Next Post: TikTok star Addison Rae to star in ‘She’s All That’ remake of ‘He’s All That’