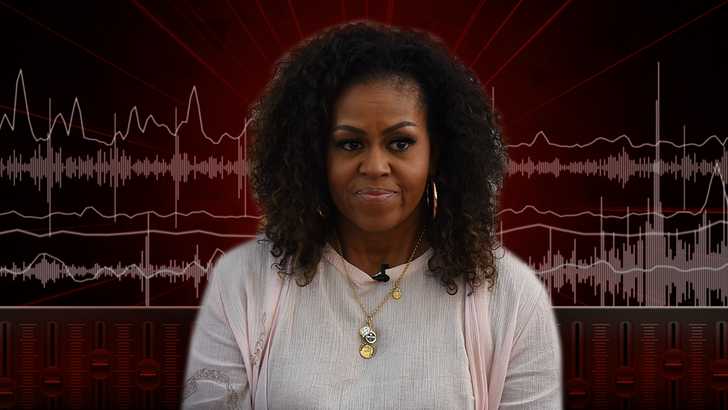 Michelle Obama‘s struggling through 2020 — she just revealed she’s “dealing with what she calls some form of “low-grade depression” … partly brought on by President Trump‘s actions.

The former First Lady dropped a new episode of her podcast on Spotify Wednesday, and while discussing mental health with former NPR anchor Michele Norris — said she’s got the blues “not just because of the quarantine but because of the racial strife, and just seeing this administration watching the hypocrisy of it, day in and day out, is dispiriting.”

During the chitchat, Michelle talked about nationwide civil unrest and Trump’s response to it — and said it’s all bringing her down. She added, “I don’t think I’m unusual in that.”

Michelle was describing what millions of us have been feeling over the last few months — “I have to say, that waking up to the news, waking up to how this administration has or has not responded, waking up to yet another story of a Black man or Black person somehow being dehumanized or hurt or killed or falsely accused of something, it is exhausting. And, it has led to a weight that I haven’t felt in my life in a while.”

As for how she’s managing the “low-grade depression” … she’s finding a way to stay connected with friends and family.

2020-08-05
Previous Post: London must return to being a living hell or our economy is doomed
Next Post: Desperate Trump Campaign Strategists Wondering How Much Mileage They Can Get Out Of Americans’ Fear Of Dentists