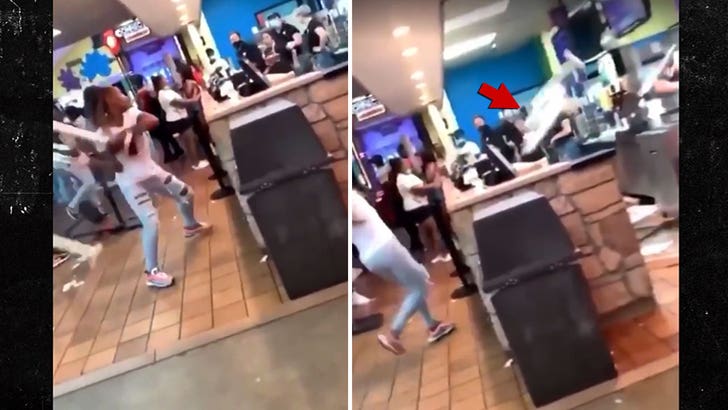 The mini-golf complex that became overwhelmed by hundreds of children wreaking havoc wants the teens caught on camera destroying things to be punished in court.

Police officers were already meeting with Putt-Putt Fun Center management in Memphis Monday when general manager Aaron Bos told us he wants to press charges against the girls in the video seen throwing plexiglass and other large objects.

We’re told management is trying to identify the girls, and they already have some promising leads after combing social media. Sounds like some of the alleged perpetrators might have been bragging about the shenanigans.

Management tells us it will cost $300 to replace the damaged plexiglass … plus smaller repairs for broken flower pots.

The Memphis Police Department tells TMZ … one juvenile summons was written for a 13-year-old boy for disorderly conduct and they’re still investigating others. 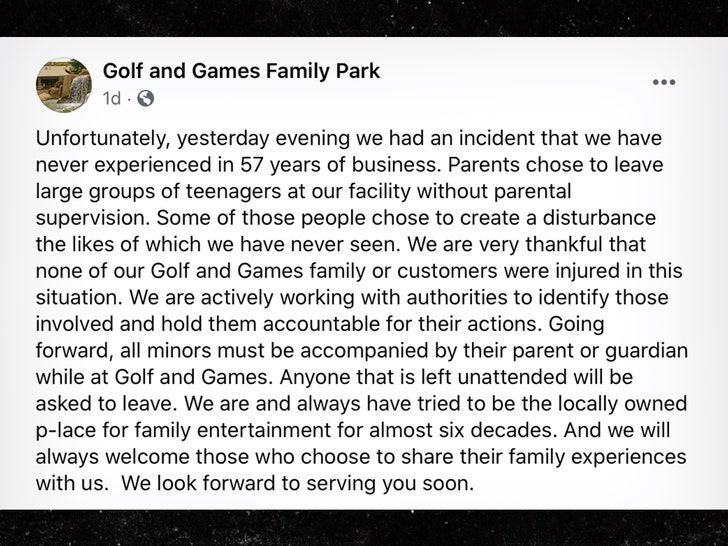 As we reported … a chaotic scene broke out at the mini-golf complex Sunday after parents dropped off hundreds of kids, who proceeded to go HAM when they couldn’t get refunds.

Management is concerned some staffers won’t return to the job after the incident — most are teenagers themselves — and after seeing the video, their parents might think it’s not a safe place to work. Putt-Putt says it’s bringing in a counselor for employees.

We’re told new safety precautions include adding security guards who will be tasked with preventing parents from dropping off kids unattended. A new policy for minors to be accompanied by a guardian will be enforced.

The community is rallying around the biz … we’re told the phones have been ringing off the hook, with folks volunteering to come by and help clean up the mess and mentioning how appalled they are by the behavior seen on video.

We’ve also learned more about what set off the chaos … management says kids were jumping into go-karts, fights were breaking out, staffers felt unsafe and cops couldn’t control all the kids, so management shut down the entire complex.