Meghan Markle was ‘furious’ at ‘problem’ half-sister Samantha for making vicious accusations against her: book

Meghan Markle was “furious” when members of her family made “absurd claims” about her relationship with Prince Harry.

The claim is being made in the bombshell book “Finding Freedom,” written by royal reporters Omid Scobie and Carolyn Durand. Numerous palace insiders came forward to the two journalists and detailed what led to the Duke and Duchess of Sussex’s departure as senior members of the British royal family.

The couple currently resides in Markle’s native California with their son Archie.

On Wednesday, the U.K.’s DailyMail reported the 39-year-old was stunned when her estranged half-sister Samantha Markle began speaking out to tabloids when they allegedly had “only bumped into each other twice” since they were children.

In the book, a confidant accused Samantha of trying to pretend the pair were much closer than they really were.

Samantha Markle (left) has frequently spoken out against the Duchess of Sussex.
(FOX / Getty)

“That’s not the case,” said the insider, as quoted by the outlet. “Meg didn’t grow up with Samantha. She barely saw her.”

The former American actress was apparently “weirded out” when Samantha attempted to deliver a letter to Kensington Palace demanding a face-to-face meeting. According to the outlet, the letter was dropped off at the wrong security gate.

But it wasn’t just Samantha who left the Duchess of Sussex bewildered.

The siblings also complained to the press that they weren’t invited to the royal wedding. 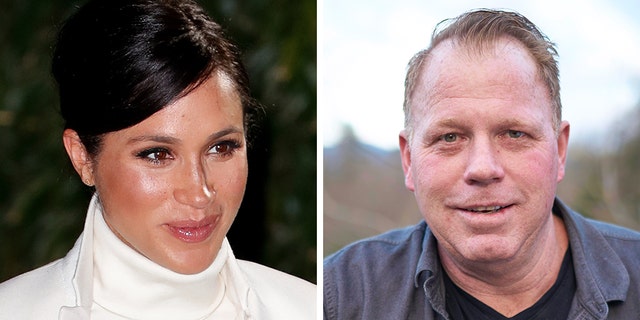 “It’s such a joke,” a source told the authors. “Of course they care now that she’s marrying a prince.”

According to the outlet, Harry himself couldn’t believe how “badly” Markle’s relatives, especially “problem” Samantha and father Thomas, have behaved after giving numerous interviews, accusing Markle of abandoning her family.

The book alleged Markle asked her father “more than once” to nip Samantha’s interviews in the bud. The sibling allegedly responded: “All Meghan needs to do is contact me herself to put an end to it.”

While it was initially reported that Harry and Markle cooperated with the authors, reps for the couple have since confirmed to Fox News that they played no part in the tell-all. 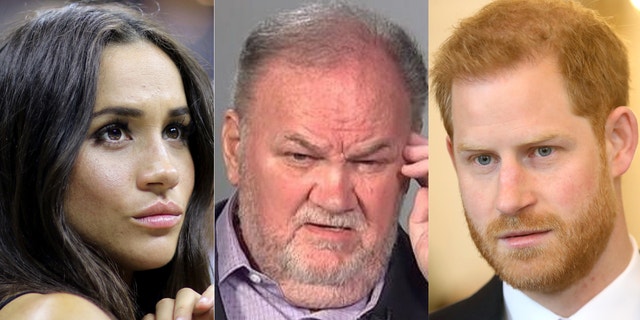 “The Duke and Duchess of Sussex were not interviewed and did not contribute to ‘Finding Freedom,’” said the statement. “This book is based on the authors’ own experiences as members of the royal press corps and heir own independent reporting.”

According to the book’s description, “Finding Freedom” aims to set the record straight about the royal couple.

“For the very first time, ‘Finding Freedom’ goes beyond the headlines to reveal unknown details of Harry and Meghan’s life together, dispelling the many rumors and misconceptions that plague the couple on both sides of the pond,” read the book’s description. “As members of the select group of reporters that cover the British Royal Family and their engagements, Omid Scobie and Carolyn Durand have witnessed the young couple’s lives as few outsiders can.”

“With unique access and written with the participation of those closest to the couple, ‘Finding Freedom’ is an honest, up-close, and disarming portrait of a confident, influential, and forward-thinking couple who are unafraid to break with tradition, determined to create a new path away from the spotlight, and dedicate to building a humanitarian legacy that will make a profound difference in the world,” the description added. 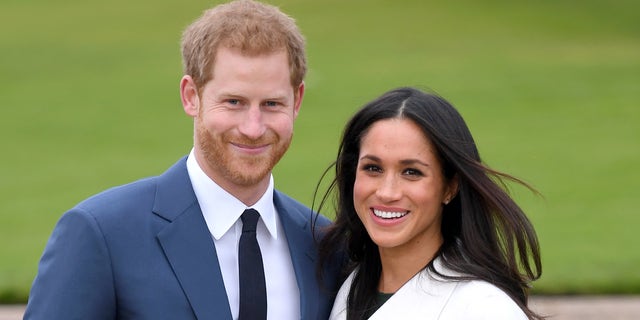 The Duke and Duchess of Sussex.
(Photo by Karwai Tang/WireImage/Getty)

In a statement sent to Fox News, the book publisher revealed Scobie is a London-based writer, royal editor for Harper’s Bazaar, an ABC News contributor, “Good Morning America” regular and host of ABC’s popular royal podcast, “The Heir Pod.” Durand is an Emmy Award-winning producer and writer who has spent nearly two decades working in London covering Buckingham Palace, Kensington Palace, Clarence House and other major international events. During that time, she produced multiple interviews with members of the royal family including Harry. She contributes to O, The Oprah Magazine, Elle magazine and other American and British news outlets.

“The aim of this book is to portray the real Harry and Meghan, a couple who continue to inspire many around the world through their humanitarian and charitable work but are often inaccurately portrayed,” they wrote in a statement. “Our mission has been motivated by a desire to tell an accurate version of their journey and finally present the truth of misreported stories that have become gospel simply because of the amount of times they have been repeated. It is thanks to our sources that we have been able to share the definitive story of the Duke and Duchess of Sussex.”

“Finding Freedom” is currently available in bookstores and online.