More than a month after she was shot in the feet after a party in Hollywood Hills, Calif., Megan Thee Stallion said for the first time Thursday night that fellow hip-hop star Tory Lanez was the person who pulled the trigger.

“Yes … Tory shot me. You shot me and you got your publicist and your people going to these blogs lying,” the 25-year-old rapper, whose legal name is Megan Pete, said in an Instagram Live video. “Stop lying. Why lie? I don’t understand.”

Representatives for Lanez, a 28-year-old rapper and singer whose legal name is Daystar Peterson, did not immediately respond to requests for comment. 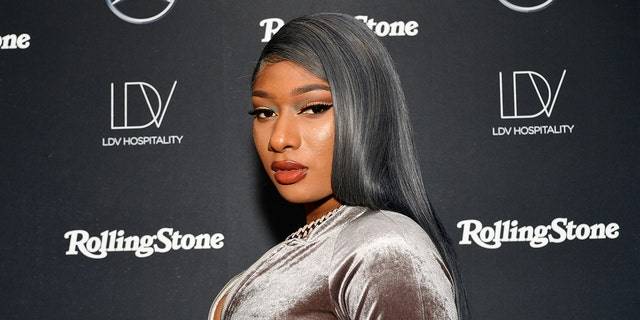 The female rapper said she did not tell Los Angeles police who came to the scene July 12 about the shooting because she was afraid of the legal repercussions and feared for her safety.

“I didn’t tell the police nothing because I didn’t want us to get in no more trouble,” she says in the video.

Peterson was arrested the morning of the incident on suspicion of possession of a concealed weapon and was released on bail later that day but has not been charged with anything related to the incident. Police and prosecutors say the case remains under investigation.

Pete, Peterson and others were sharing an SUV after the party in the early hours of July 12. She said in the video that there was an argument between the people in the vehicle, and Peterson shot her when she tried to walk away. She denied rumors that she had hit him in the SUV.

Pete first said publicly that she was shot later that week and has slowly revealed more in several social media posts since it happened, usually in response to what she said were false stories spreading.

She said from the beginning that she expected to fully recover but said in subsequent posts that the shooting, which required her to have surgery to have the bullets removed, was “super scary ” and “the worst experience of my life,” and she felt blessed that the gunfire hit where it did.

She consistently declined to name Peterson until Thursday night, when she also tweeted, “Lie one more time and ima quit sparing you.”

Megan Thee Stallion was already a major hip-hop star after a triumphant year that recently saw her nominated for artist of the year at the upcoming MTV Video Music Awards and in recent days has become part of a huge cultural phenomenon with her guest stint on the Cardi B song “WAP.” The bawdy celebration of women’s sexuality entered the Billboard Hot 100 at No. 1 this week.

2020-08-21
Previous Post: FailArmy Throwbacks: Don't be a jerk! (May2017) | FailArmy
Next Post: Unclear What About Cereal Commercial Prompted Dad To Reveal Past Affair