John Wayne’s daughters are coming forward to defend their late father’s legacy after his shocking 1971 interview with Playboy resurfaced.

“I believe in white supremacy until the Blacks are educated to a point of responsibility,” the actor told the magazine. “I don’t believe in giving authority and positions of leadership and judgment to irresponsible people.”

In that same interview, John Wayne said he felt no remorse for the subjugation of Native Americans and called movies such as “Easy Rider” and “Midnight Cowboy” perverted.

“He definitely had his opinions, but he respected you if you disagreed with him,” Wayne’s daughter, Marisa Wayne, told Closer Weekly in the magazine’s latest issue, currently on newsstands.

“He had an ability to see both sides of the story,” the 54-year-old said.

Marisa Wayne added that her father was not a “right-wing, hard a—.”

John Wayne’s 64-year-old daughter Aissa Wayne also told the magazine that her father “loved people” and insisted he was always a “people person.”

“He cared about his fellow human beings,” she said. “I think that really was a big feature about him.”

But not everyone agrees. 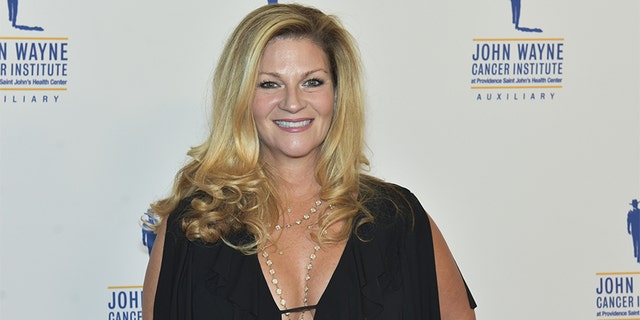 According to the magazine, the University of Southern California’s School of Cinematic Arts agreed to remove a tribute for the star after months of protests from students and alumni. A movement was also created in California’s Orange County to rename John Wayne Airport and remove his statue sitting out front. The outlet noted no headway has been made as of yet.

In July of this year, John Wayne’s youngest son, Ethan Wayne, told Fox News in a statement: “Let me make one thing clear — John Wayne was not a racist. I know that term is casually tossed around these days, but I take it very seriously. I also understand how we got to this point. There is no question that the words spoken by John Wayne in an interview 50 years ago have caused pain and anger. They pained him as well, as he realized his true feelings were wrongly conveyed.”

Ethan Wayne, who is president of John Wayne Enterprises, went on to say in his statement: “The truth is, as we have seen in papers from his archives, he did not support ‘white supremacy’ in any way and believed that responsible people should gain power without the use of violence.”

The statement in the Playboy interview did not accurately depict his father, he said.

“Those who knew him, knew he judged everyone as an individual and believed everyone deserved an equal opportunity,” Ethan added. “He called out bigotry when he saw it. He hired and worked with people of all races, creeds, and sexual orientations. John Wayne stood for the very best for all of us — a society that doesn’t discriminate against anyone seeking the American dream.” 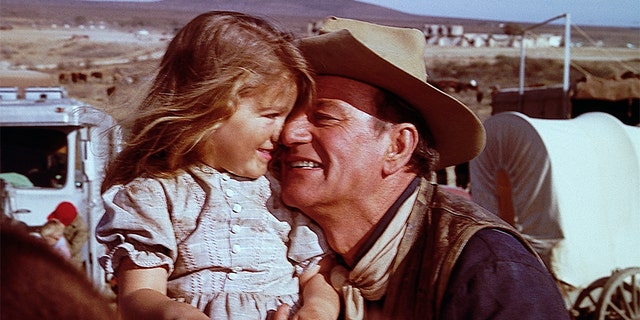 John Wayne hugs his daughter, Aissa, on the set of ‘The Alamo.’
(Getty)

Ethan Wayne said that it would be an injustice to judge his father on a single interview instead of the full picture of who he was.

“The current focus on social justice is absolutely valid and necessary,” Ethan Wayne said. “But attempts by some to use it for political advantage distract from real opportunities for reform,” he said.

The 58-year-old also explained what his father would have done if he was still alive today.

“One thing we know – if John Wayne were here today, he would be in the forefront demanding fairness and justice for all people,” Ethan Wayne said. “He would have pulled those officers off of George Floyd, because that was the right thing to do. He would stand for everyone’s right to protest and work toward change.”

“Since his death more than 40 years ago, his legacy continues through the John Wayne Cancer Foundation, which has helped provide courage, strength and grit to the fight against cancer, and through his extensive film library,” Ethan Wayne said. “My father believed that we can learn from yesterday, but not by erasing the past. His name, no matter where it is, will always embody these values, and our family knows the positive impact that he made on the world will never be diminished.” 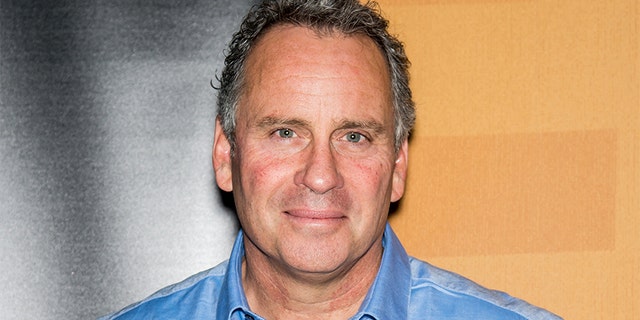 In 2016, The Guardian reported California lawmakers rejected a proposal to create John Wayne Day to mark his birthday after several legislators described statements he made about racial minorities.

In late 2018, Ethan Wayne told Fox News he was aware of negative statements made about his father because John Wayne was politically conservative. He insisted John Wayne’s beliefs have been misunderstood over the years.

2020-08-12
Previous Post: ‘Sanford and Son’ actor Raymond G. Allen Sr. dies at 91
Next Post: Six songs to add to your Pissing Off The Whole Park playlist