Jessica Simpson says alcohol was ‘silencing her’ before getting sober

Jessica Simpson revealed in her first memoir, released earlier this year, that she battled an addiction with alcohol before giving it up nearly three years ago.

In a new interview on Sirius XM’s “The Jess Cagle Show,” the singer opened up about just how much her drinking problems affected her day-to-day life, and her family.

“I was at that point in my life where my kids were growing older and they were watching every move that I made and I just really wanted clarity, I wanted to understand myself,” Simpson said on the show of her decision to get sober. 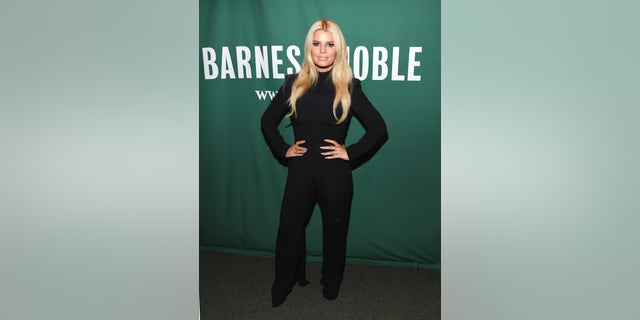 Simpson, who has publicly spoken up about getting therapy on her path to sobriety, said she’s learned that her awareness of her problem was beneficial to getting clean for her kids.

“My therapist was like, ‘Wow, I can’t believe somebody can cover that much trauma and fear and awareness,’” Simpson said. “It takes people their whole life to discover those things.”

When the coronavirus pandemic hit in March, Simpson said she started receiving questions from friends about if being at home 24/7 would result in some kind of relapse.

“People are like, ‘Don’t you want to drink during this pandemic? Oh my god, aren’t your kids driving you crazy?’” said Simpson.

In her book, Simpson admitted that her wake-up call came in 2017 on Halloween, where she realized she had hit rock bottom.

“It was 7:30 in the morning and I’d already had a drink,” she wrote. Later that day, she and Johnson were prepping for a Halloween party and he asked her if she could help get the kids ready.

“I was terrified of letting them see me in that shape,” the fashion designer confessed in a book excerpt obtained by People magazine. “I am ashamed to say that I don’t know who got them into their costumes that night.”

Simpson is now nearing her three-year anniversary of getting sober.

2020-08-23
Previous Post: Oh No, This Restaurant Is Too Fancy
Next Post: The middle-class family’s guide to a caravan holiday