Exonerated Five’s Dr. Yusef Salaam talks life after Netflix’s ‘When They See Us’

Dr. Yusef Salaam is getting personal.

The 46-year-old teamed up with author Ibi Zoboi on a young adult novel titled “Punching the Air,” with a theme that hits close to home – being wrongfully sentenced to prison.

On April 19, 1989, a young White woman was brutally raped and left for dead in New York City’s Central Park. Salaam, along with three other Black boys and one Latino, were tried and convicted of the crime they didn’t commit. The boys, who were teenagers when they were convicted, said their confessions were coerced.

The case, known as the “Central Park Jogger Case,” rocked the city and the boys collectively were nicknamed “The Central Park Five.” 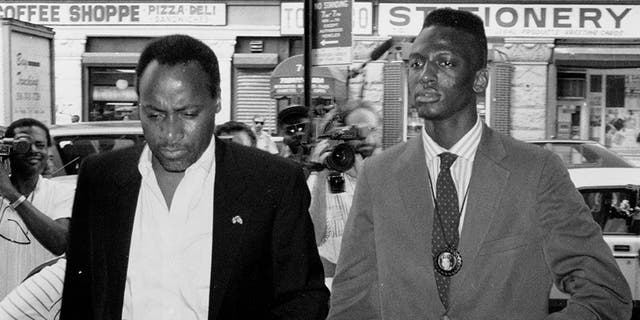 Their convictions were vacated in 2002 after spending between seven and 13 years behind bars. Evidence linked the horrific attack to a serial rapist who later confessed. New York City reached a roughly $41 million settlement with the five, who are now known as “The Exonerated Five.”

The story was chronicled in a 2012 documentary by Ken Burns titled “The Central Park Five,” followed by a 2019 limited series on Netflix titled “When They See Us” directed by Ava DuVernay.

The Exonerated Five – Salaam, along with Antron McCray, Kevin Richardson, Raymond Santana and Korey Wise – were invited to the Emmy Awards in 2019. While DuVernay, 48, lost in the directing and writing categories, Jharrel Jerome, who played Wise, won for best lead actor in a limited series.

And the series had real-life consequences for former prosecutor Linda Fairstein. The fallout from the Netflix show led to the 73-year-old being dropped by Dutton, her book publisher. She also resigned as a Board of Trustees member at Vassar College, as well as the victims-services agency, Safe Horizon.

Salaam was just 15 when his life forever changed. Today, he is grateful both the documentary and series have shed light on the horrifying tale for viewers.

“At first it was traumatic,” Salaam told Fox News about the outpouring of attention he received from both projects.

“But then all the laters began to pull back and we began to feel wonderfully restored as people walked up to us and shared their stories with us and told us how important it was for us to stand up and that we gave them life and we gave them the ability to stand up for their own selves,” he continued. “To see that has been so restorative. Psycho-socially, we know that we matter and we know that we have gone through what we have gone through because we needed to grow through it, as opposed to just go through it.”

Since Salaam was released, he has dedicated his life to advocating and educating people on the issues of false confessions, as well as police brutality and the disparities in America’s criminal justice system. It was a no-brainer to write a book like “Punching the Air” for a younger audience. 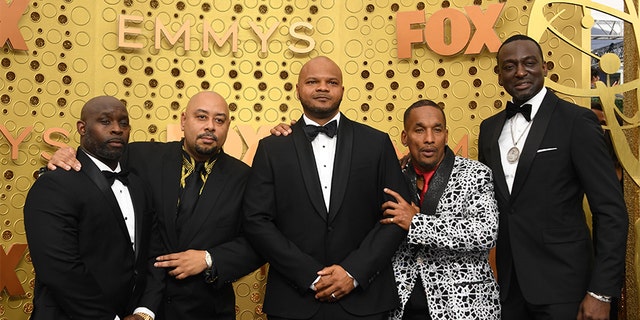 The Exonerated Five, from left: Raymond Santana, Antron McCray, Kevin Richardson, Korey Wise and Yusef Salaam. They are seen at the 71st Emmy Awards at the Microsoft Theatre in Los Angeles on Sept. 22, 2019. (Getty Images)

“I would say it’s been very liberating,” explained Salaam on releasing his book this year. “The ability for us to give this love offering to the world has been tremendous because as we’ve seen, we have a front-row seat to oppression. The same thing that was going on decades ago is being videotaped now. So we all this and we all want to do something. The world has been crying out that Black life has to matter in order for all of us to matter.”

“Unfortunately, we’ve been under oppression so long that the heartbeat of America that built this country, our ancestors’ wildest dreams, are crying out in the streets and erupting with the voice that Black life has to matter,” he shared. “And this right here hopefully will provide light in the darkness that we are experiencing right now.”

When asked if Salaam felt free today, he beamed and responded, “Absolutely.”

“I think that the platform we’ve been given has given us the opportunity to live as full of a life as we can,” he said. “It used to be when I first came home that I was hiding in plain sight. I didn’t want really anyone to know who I was. I had this indelible scar and was still labeled a rapist. So it was very difficult to navigate life. And now we’ve been giving all things back that was taken from us and even more.” 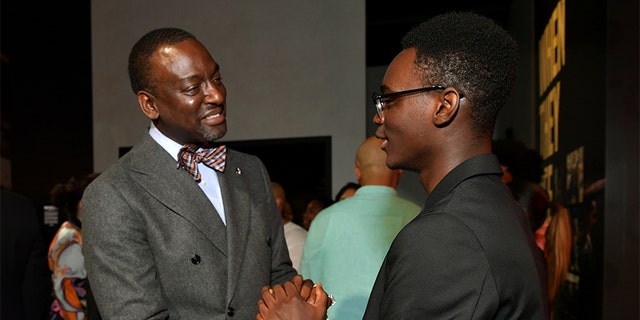 Yusef Salaam and Ethan Herisse attend the Netflix “When They See Us” FYSEE Event at Raleigh Studios on June 09, 2019, in Los Angeles, California.
(Photo by Emma McIntyre/Getty Images for Netflix)

“I think it’s been quite liberating to go from the very, very bottom of life to here I am now,” Salaam added.

Salaam acknowledged that it can feel discouraging to have any kind of hope during unprecedented times. But even though he was robbed of his childhood, that’s the one thing he hasn’t lost.

“I would say what gives me hope is knowing that we are not the worst thing that has happened to us, and we are not the descriptions that people have placed on us – the labels, the boxes,” he said. “We are our ancestors’ wildest dreams, and we’ve been rising to the occasion because, as we know, we were born on purpose and we were born with a purpose. And the great thing that we can do is to shine our light in the world, shine it bright so that everyone can see, and give our gifts. Because the world would be a bad place, have we not.” 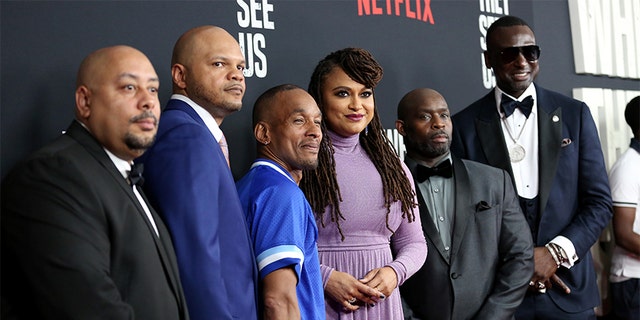 From left are Raymond Santana Jr., Kevin Richardson, Korey Wise, Ava DuVernay, Antron Mccray, and Yusef Salaam, as they attend the World Premiere of Netflix’s ‘When They See Us’ at the Apollo Theater in New York City, May 20, 2019. (Getty Images)

2020-09-05
Previous Post: How to change the subject if someone starts talking about their feelings
Next Post: Tire Workouts & Plyometrics | People Are Awesome vs. FailArmy