Three’s company when it comes to Breonna Taylor grand jurors calling out Attorney General Daniel Cameron, who they say never even gave them a chance to consider manslaughter or murder charges against police. 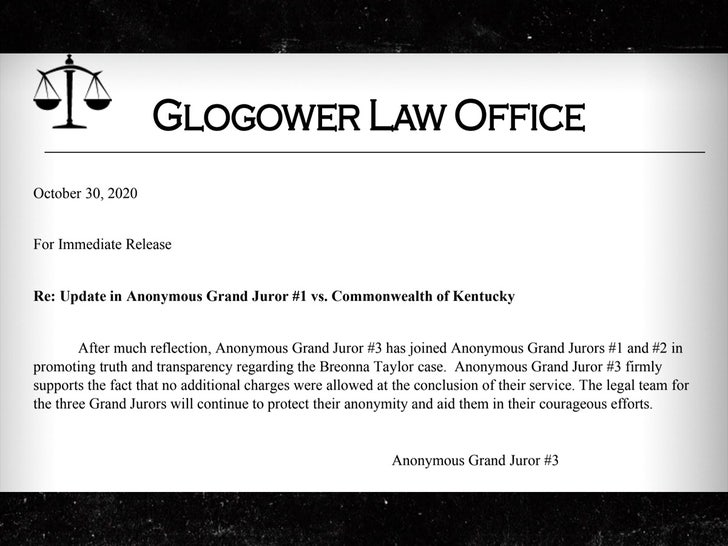 This anonymous juror says they decided to come forward after much reflection, and the juror “firmly supports the fact that no additional charges were allowed at the conclusion of their service” … according to the juror’s legal team.

As we reported … the other 2 grand jurors — one white and one Black — say they felt like Cameron betrayed them when he said the grand jury agreed on the minor charge against Officer Hankinson, for wanton endangerment, was the only charge warranted in the case.

AG Cameron has said, if the grand jurors wanted to consider more charges they could have, but this third juror is saying that wasn’t the case. Just like the other 2 … they’re calling Cameron a liar.