Americans Had Canada On The Brain During Election Night Suspense 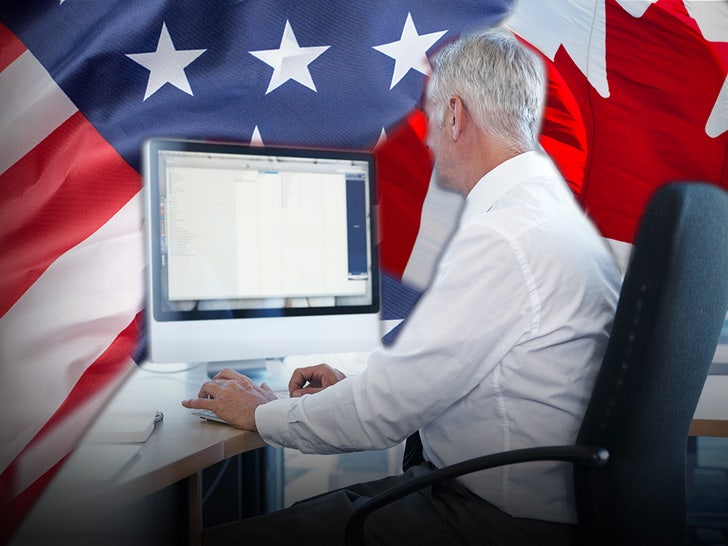 Americans had Canada on the mind with the fate of the presidential election hanging in the balance, thinking about moving there when it looked like Trump might get re-elected.

Folks in the States rushed to a Canadian government website on Election Night, boning up on immigration and pathways to citizenship, with the site seeing a 300% boost in traffic from the United States … TMZ has learned.

People logged onto the web and found their way to Immigration, Refugees and Citizenship Canada’s page, with the first wave arriving around 7 PM ET on Election Night, when the polls started closing.

With Trump and Biden duking it out for Electoral College votes deep into the night, Americans kept researching a move to Canada. The increase in visits to the IRCC site continued into Wednesday morning, with no clear White House winner in sight and Trump sowing doubt about election results.

Americans, whether they were window shopping or dead serious, were greeted with loads of information on how to apply for permanent resident status in Canada and ultimately become a Canadian citizen.

In short, a permanent resident is someone who immigrates to Canada but is not a citizen … and folks who want to become Canadian citizens must first be permanent residents, live in Canada for 3 out of the last 5 years, file taxes, pass a citizenship test and prove language skills.

Yeah, that’s a lot of hoops to jump through just because of an election.

In addition to your Average Joe, celebs have been threatening to move out of the country if Trump got 4 more years.

Remember … George Lopez said “we’ll all go back,” Amy Schumer was ready to pack her bags for Spain, Cher said she’d move to Jupiter and Tommy Lee had his eyes on Greece.

Lena Dunham said a Trump re-election would see her moving back to Canada, and it looks like many Americans were ready to follow her.

2020-11-05
Previous Post: Child adamant glitter spilt all over the living room carpet is not a big issue
Next Post: Celebs push ‘every vote counts’ message; meaning of ‘true democracy’