Kamala Harris is the subject of a heinous, misogynistic attack … this one on a t-shirt that had been hawked on Amazon until moments ago.

The shirts with the phrase “Joe and the Hoe” were being sold on the mega online merchandiser’s site this week before Twitter users took notice and demanded the items be removed immediately. One of the shirts even had a vile subtitle attached … “Sniff & Blow.” 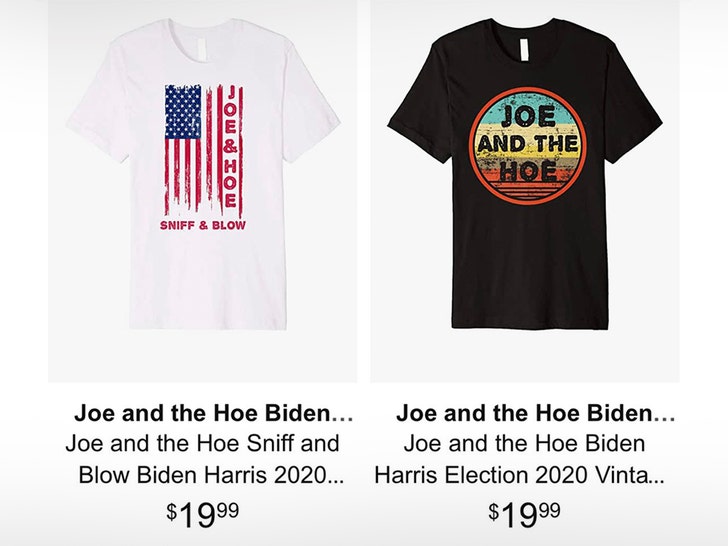 Amazon tells us it removed the shirts from circulation Wednesday, and said all retailers were subject to following their sellers’ guidelines … which appear to bar this sort of blatant smear.
Still, the fact this type of product can make its way onto Amazon at all before having to be called out seems problematic to say the least. We’ve seen this type of stuff make it onto the site before — outright outlandish products and/or descriptions seem to slip through the cracks pretty often.
Sad fact is … Senator Harris’ character and gender have been targeted from the moment Joe Biden announced her as his Vice President. Scores of memes vilifying her immediately went into the ether — some of that to be expected, it’s politics, after all.
But, stooping to referring to a female candidate as a “hoe,” clearly crosses the line from simple political discourse.
If only we knew why so many people are embracing this kinda hate speech. Hmmm …