Allan Rich, a character actor who overcame being blacklisted in Hollywood and managed to star in classic films like “Serpico,” “Amistad” and “Quiz Show,” has died, Fox News has confirmed. He was 94.

“I am grateful to my father for giving me the love of the theatre, playfulness, a big heart and a commitment to social justice,” the film and TV performer’s daughter, Marian – who is also an actress – told Fox News in a statement on Tuesday.

Rich died Saturday after a bout with progressive dementia at the Lillian Booth actors Home in Englewood, N.J., the family said. 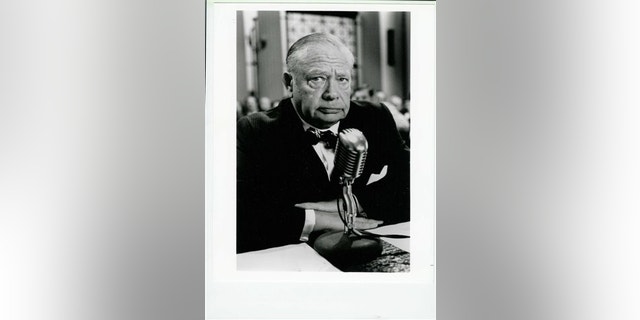 Born Benjamin Norman Schultz in New York on Feb. 8, 1926, Rich was raised in Queens and the Bronx.

In the late 1940s and into the 1950s, Rich expressed stout support for civil rights, and through the mid-’40s, the actor served as a member of the Theatrical Action Committee to free Willie McGee, a Black man from Mississippi who had been convicted of rape in 1945 and subsequently electrocuted in 1951. Rich’s devotion to civil rights landed his name in Red Channels, the Hollywood blacklist, an obituary provided to Fox News by his rep reads.

“My agent never sent me out [on another audition],” Rich recalled in a 2007 interview, according to The Hollywood Reporter (THR). “I would walk into an office, making the rounds. And I’d walk out going ‘phhffffft.’ It took a year till an actor said to me, ‘Hey, we’re on Red Channels.’ If your name was on that list, goooooood-byyyyye! You never worked.”

Following his Hollywood exile, Rich turned to stockbroking and opened his own brokerage. He also started a career as an art dealer where he developed an expertise in modern art he would parlay into a successful art gallery on the famed Madison Avenue in New York City.

Allan Rich aided in getting Hollywood photographer George Hurrell rediscovered and Hurrell would reward rich with one of the actor’s most recognized portraits.
(George Hurrell)

During his time traversing the posh art industry, Rich helped get Hollywood photographer George Hurrell rediscovered and Hurrell rewarded Rich with one of the actor’s most recognized portraits.

Rich returned to acting in the early 1960s and in 1966, Rich joined a young Dustin Hoffman in the stage play “Journey of the Fifth Horse.”

Rich earned his big break in 1973 when he was cast in the role of District Attorney Herman Tauber in Sidney Lumet’s “Serpico.”

In a 2004 episode of the HBO series “Curb Your Enthusiasm,” Rich portrayed a Holocaust survivor who had a schism with a former “Survivor” contestant. Other TV appearances include on “The Rockford Files,” “NYPD Blue,” “All in the Family,” and many others.

Rich would go on to become an author and in 2007 penned the book “A Leap From the Method,” which served as a masterclass in developing the necessary skills to take on film, TV and stage performing.

Rich’s wife of 62 years, Elaine Rich, worked as a personal manager for the likes of Fran Drescher, Jennifer Jason Leigh and others. Elaine died in August 2015 at 81.

“He lived large and was quite heroic to many including me when faced with the depths of despair,” Drescher said in a statement to THR. “He had a great intellect and excelled in everything he set his mind to. He was always on the side of good and right.”

Rich is survived by his son, David, and daughter-in-law Wendy; his daughter, Marian, and son-in-law Ed; and his two grandchildren, Julia and Ruby. He lost his beloved grandson, Miles, in 2019.